Tony has a hot new stepmom in Maddy May. They’ve all moved in together, and Tony has discovered that part of Maddy’s daily routine is to do some yoga to keep herself nice and fit for her new husband, Tony’s dad. Once Tony knows that Maddy puts on a show every morning, he can’t help but snoop. Who wouldn’t want to see such a busty babe show herself off as she stretches? Although Tony doesn’t realize it, Maddy has noticed him snooping. She calls him out, and he joins her in the room to apologize for scaring her. Maddy doesn’t want Tony’s apologies; she wants his help with her stretches.

Maddy keeps moving Tony into increasingly provocative positions that show off her flexibility and her lovely figure. It’s no surprise that Tony pops a boner! He tries to hide his arousal, but her stepson’s cock is just what Maddy has been angling for. Rubbing her boobs and getting to her knees, Maddy acts the aggressor as she lets Tony know that fucking him has been the goal all along. Tony tries to turn his busty stepmommy away, but Maddy insists on popping that dick out and taking care of business. She begins with a blowjob complete with plenty of ball sucking, but that’s just the appetizer for the main event that Maddy has coaxed Tony into carrying out in the bedroom.

Once they’ve relocated, Maddy finds herself on her back with her pierced nipple boobs jiggling as Tony taps that landing strip pussy with some ball slapping sex. Getting on her knees, Maddy watches over one shoulder as her stepson dives deep to give her the pounding she’s been craving. Tony joins Maddy on the bed so he can lie down and let her keep their party going by riding him in reverse cowgirl. His dad may not be able to satisfy her, but Tony can definitely hit all his stepmom’s buttons to leave her moaning in absolute delight. When she disengages from the D, Maddy gets on her knees and slurps her own juices off Tony’s cock, then keeps up some good suck until Tony pops in her face to leave her a delicious treat to lick up. 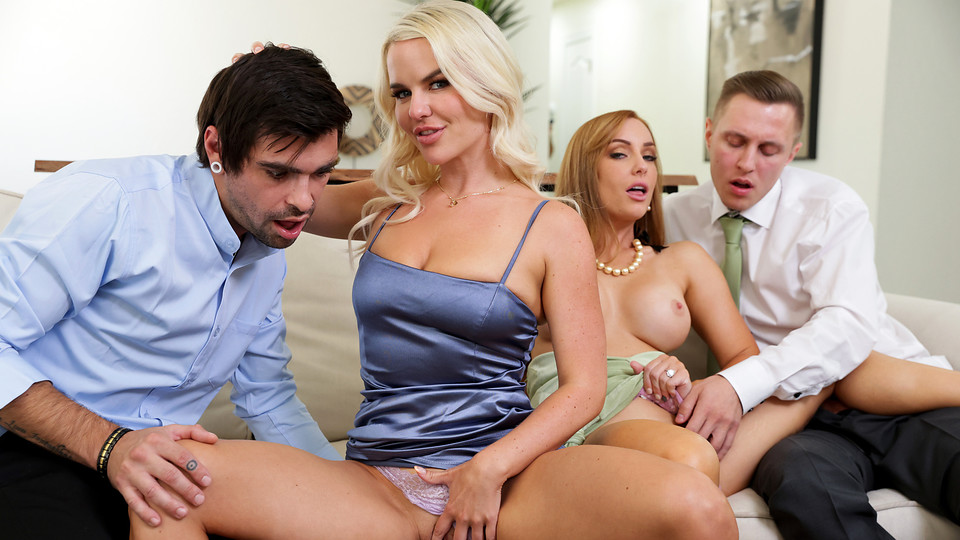 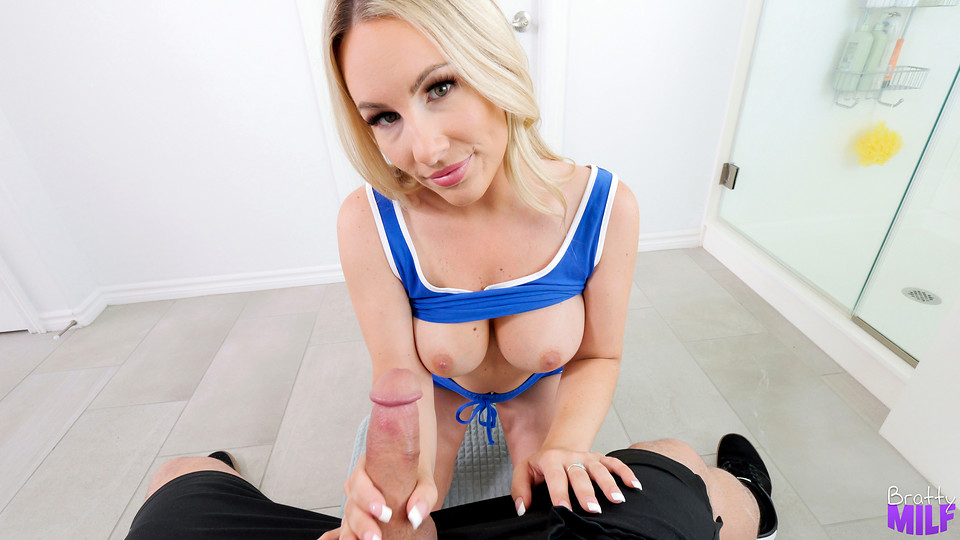 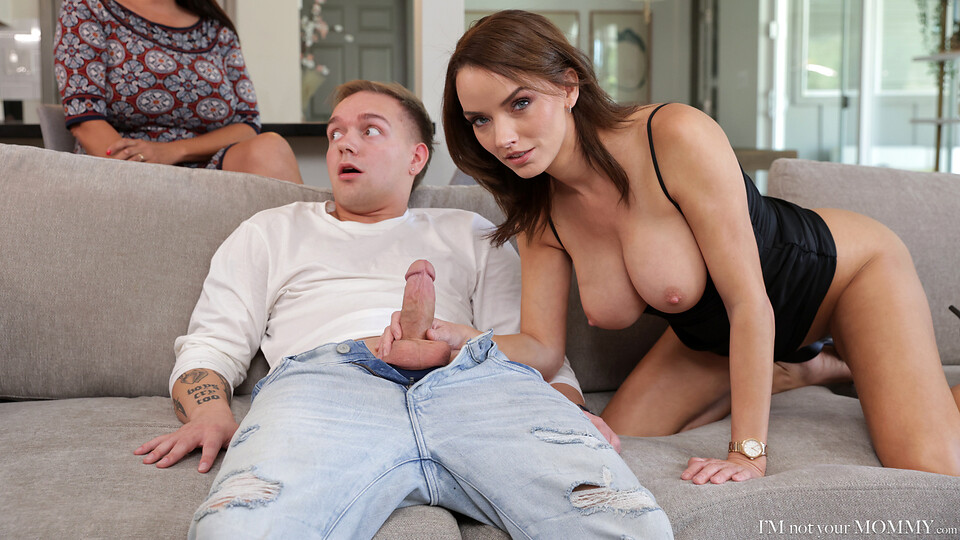 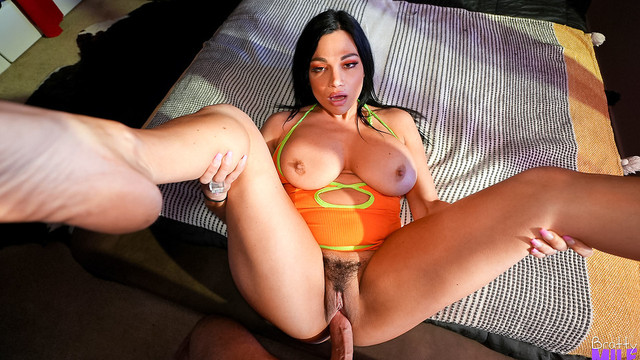 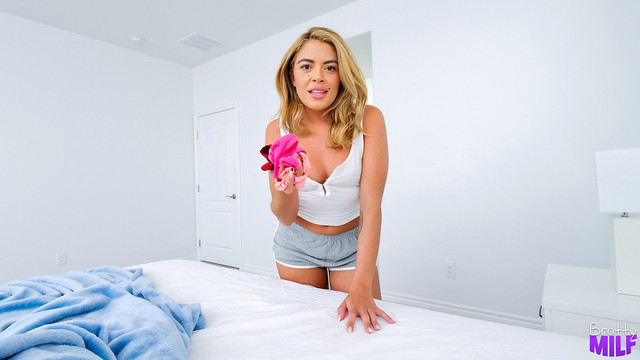 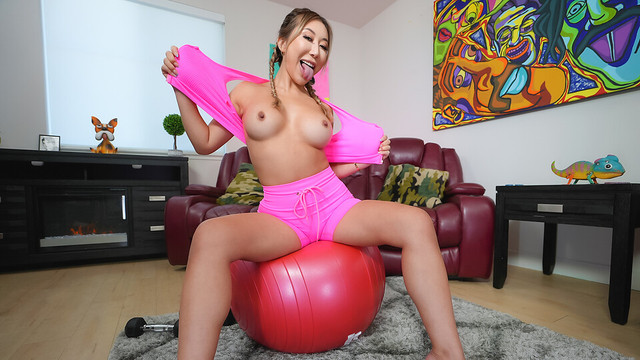 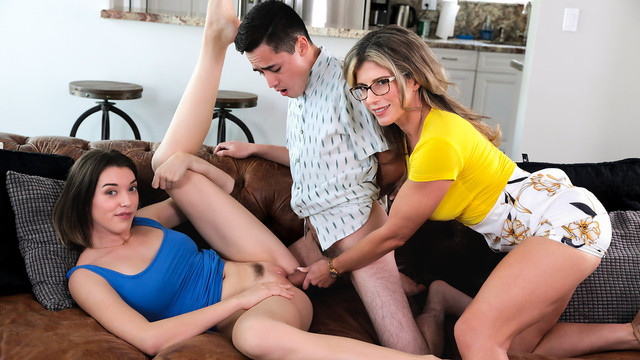 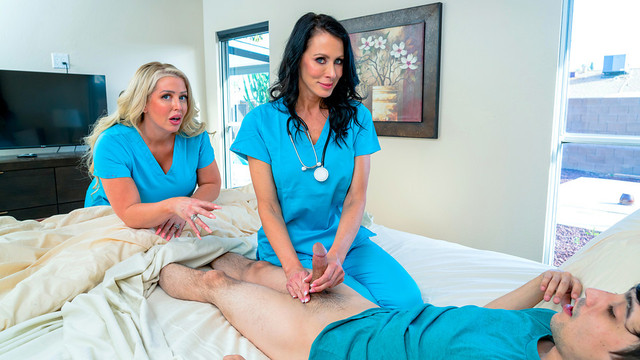 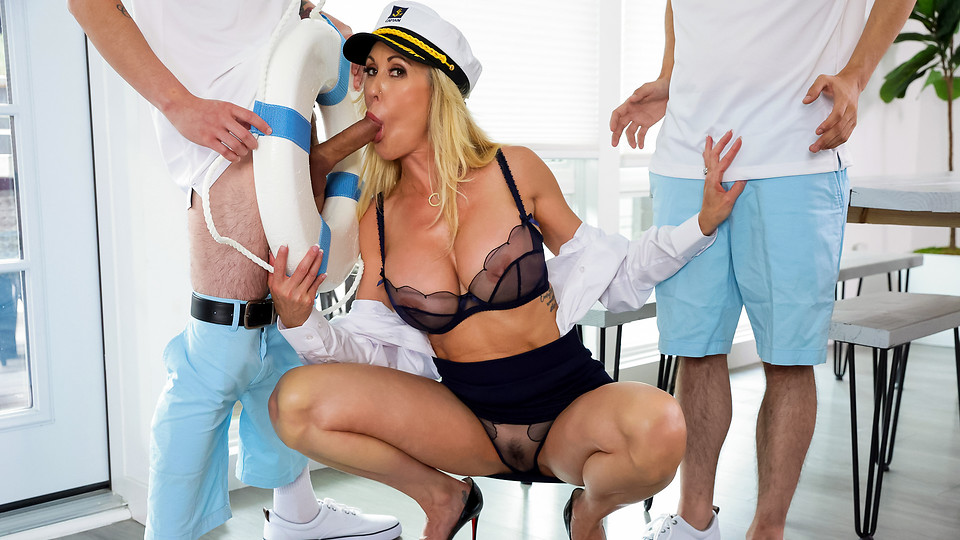 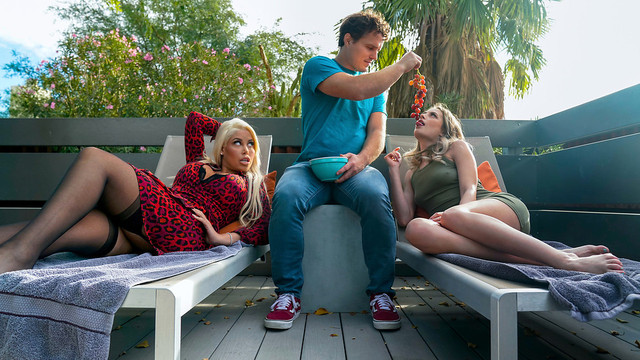 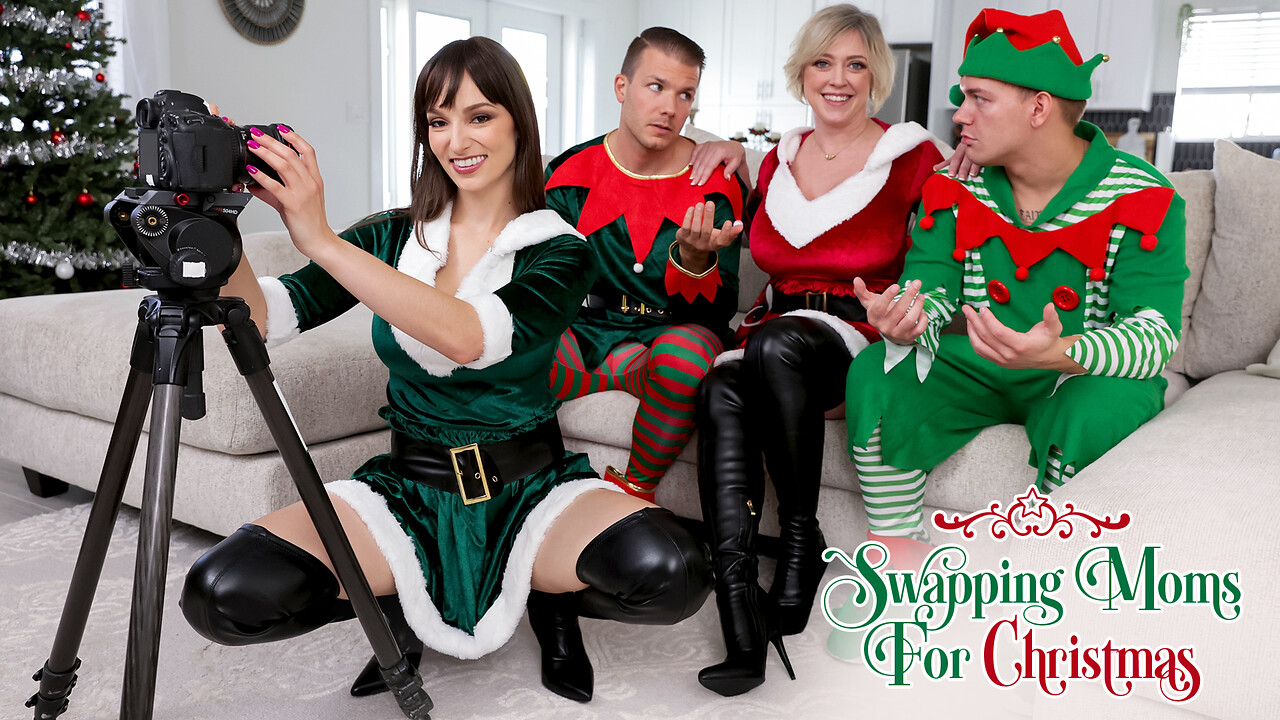 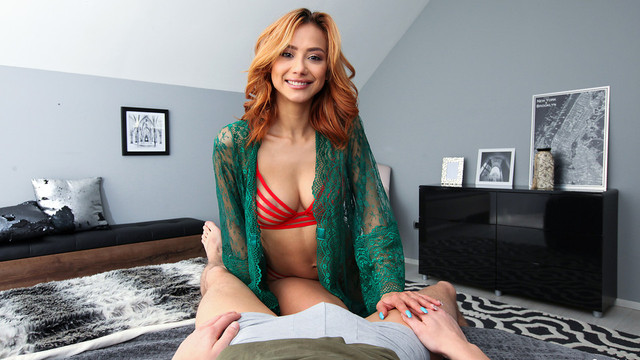