Jazmin Luv is going through a phase of creative expression through her sexuality. It’s an annoyance to her mom, Ryan Keely, and a total shock to her stepbrother, Ricky Spanish. When Ricky shows up for his Thanksgiving meal with Ryan and Jazmin, Jazmin runs to change her outfit. While Jazmin is gone, Ryan warns Ricky not to engage with his stepsister at all. When Jazmin reappears in sheer lingerie decorated to be vaguely thematic, Ricky does his best to follow Ryan’s instructions. They all sit down for their meal, but Jazmin is shameless. She flashes her fine tits at Ricky even with her mom right there. Then she goes on to start stroking Ricky’s leg to get him hard so she can pop his dick out and start stroking it at the Thanksgiving table.

Still totally oblivious, Ryan finishes up her meal and then excuses herself so she can go check out all the Black Friday deals. That’s all Jazmin needs to go totally wild with her stepbrother. Ricky continues to try to ignore Jazmin as she pops his hardon out again and crawls under the table to get the best angle for a BJ. It’s pretty hard to ignore his mostly naked stepsis who has his dick in her mouth, though! By the time Jazmin moves on to climbing into his lap and sinking down onto his hardon, Ricky is committed to enjoying this phase of Jazmin’s. He gets Jazmin’s sheer bra down so he can enjoy the view of her tits as she shoves them into his face as she keeps on rocking her hips for both of their pleasure.

When Jazmin gets up and leans over the table so Ricky can do her from behind, he takes a bit more coaxing before he finally gives in. Doing his best to keep them both quiet so Ryan doesn’t hear, he gives Jazmin the D just like she’s been craving. Jazmin takes things even further when she shoves the plates aside so she can crawl onto the table and spread her thighs for Ricky. Rising to the challenge, Ricky shoves himself balls deep onto that welcoming pussy until Jazmin can barely hold the moan. Jazmin is such a wild fuck that Ricky barely pulls out in time to nut all over his stepsister’s stomach in the finish Jazmin has been hoping for. 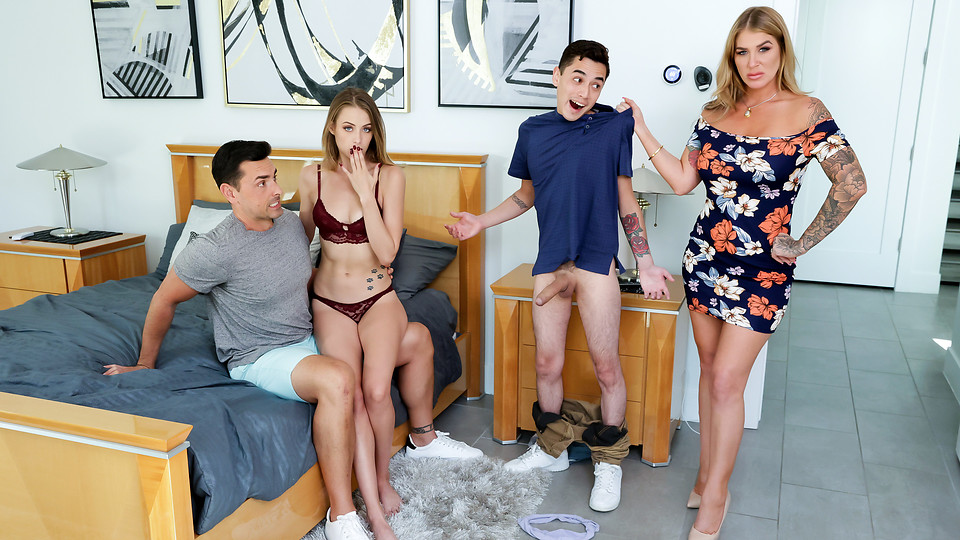 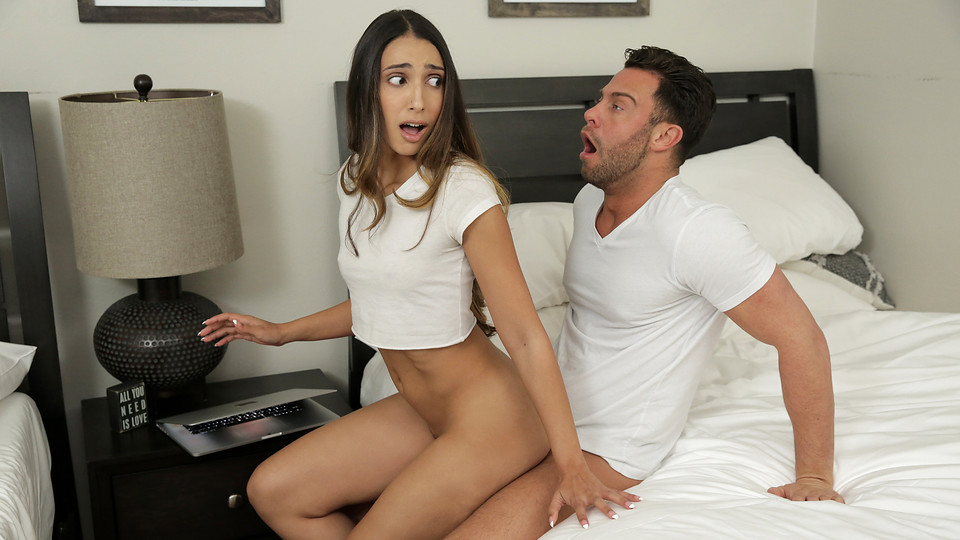 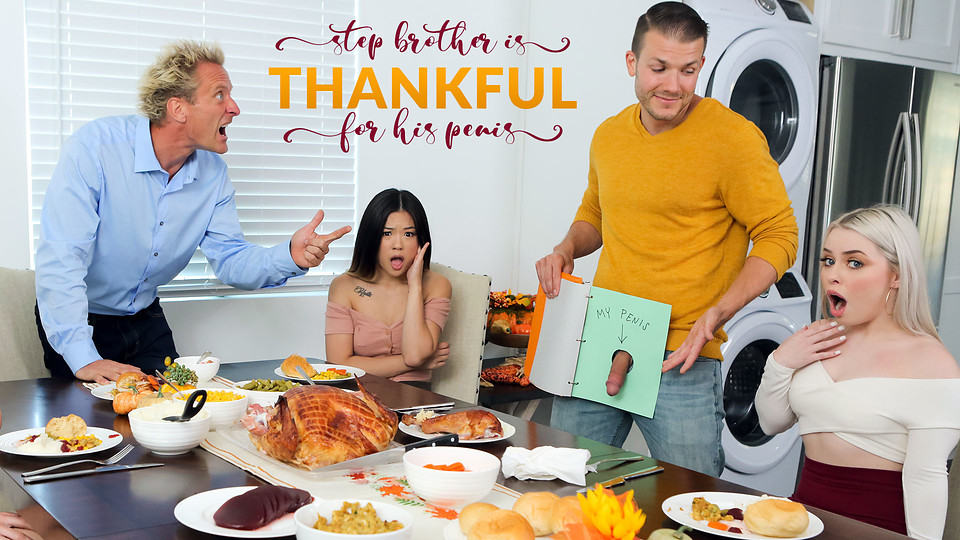 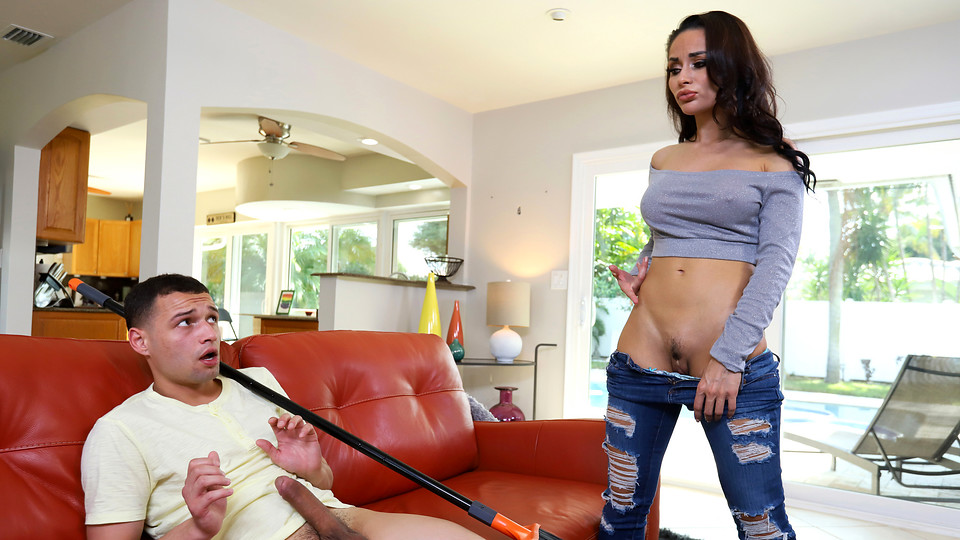 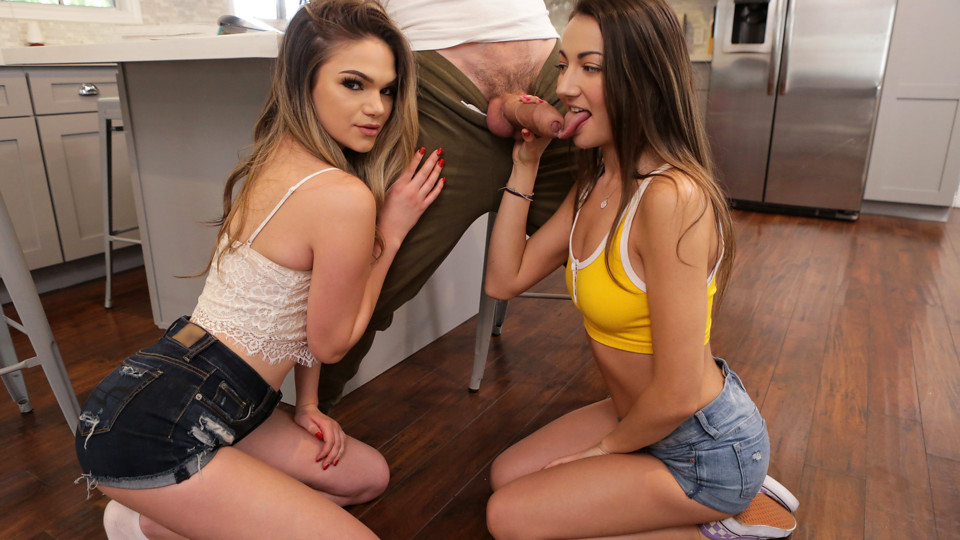 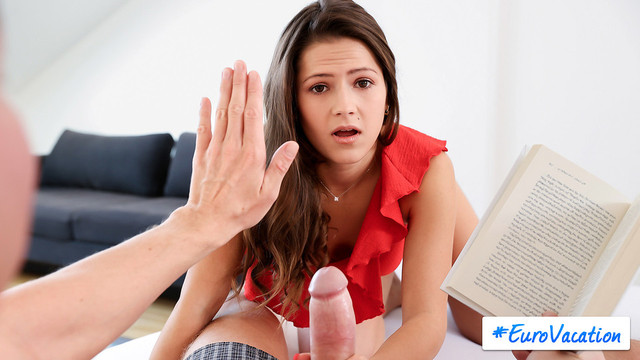 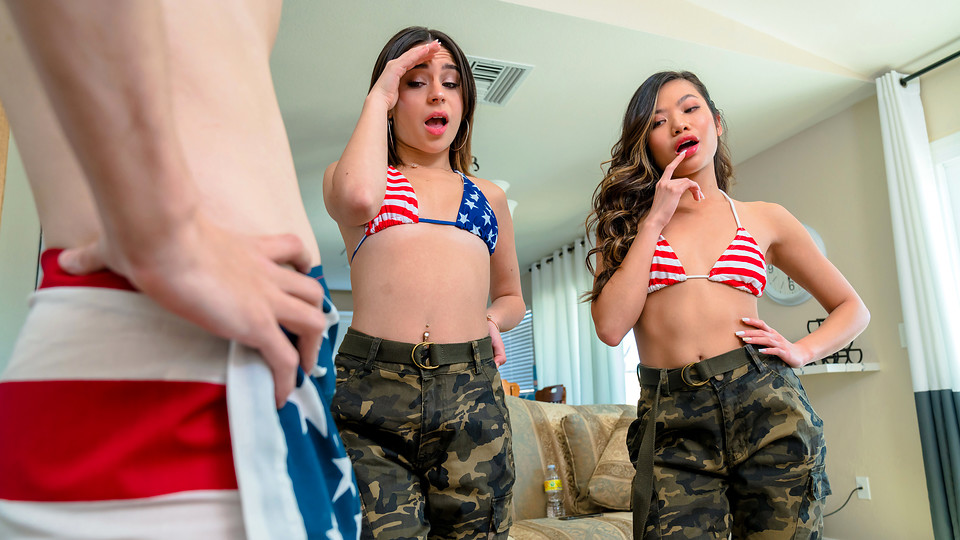 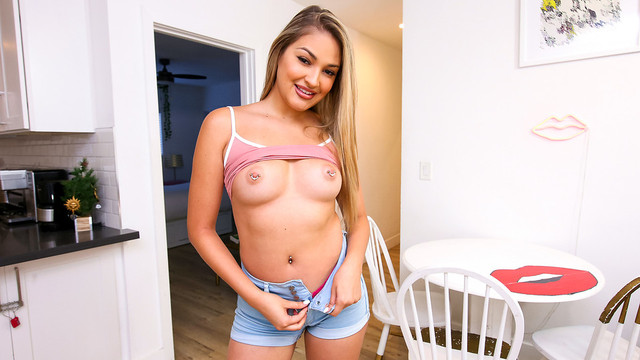 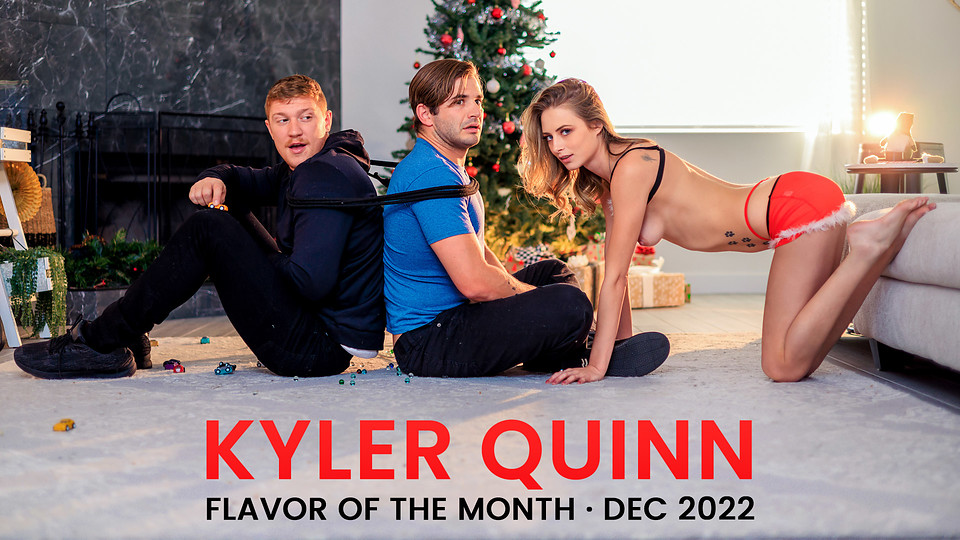 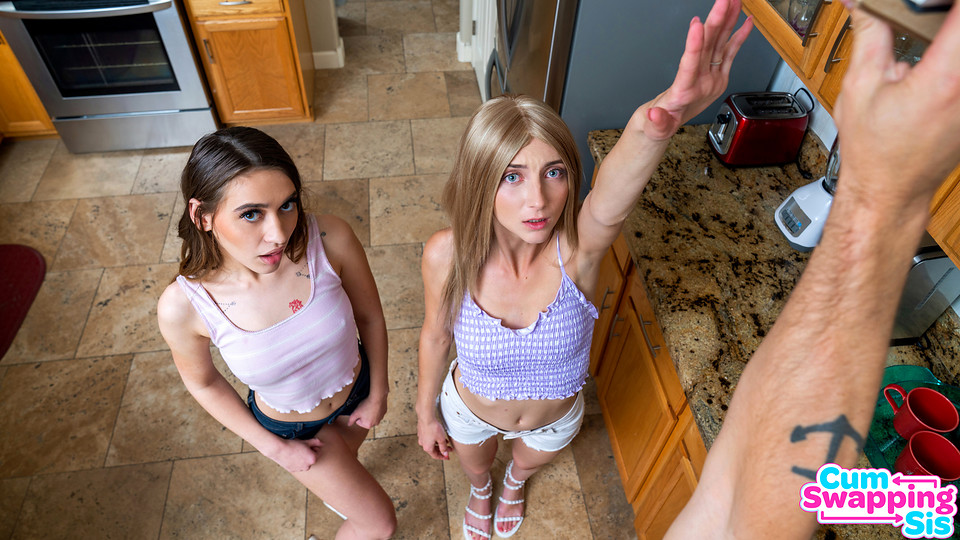 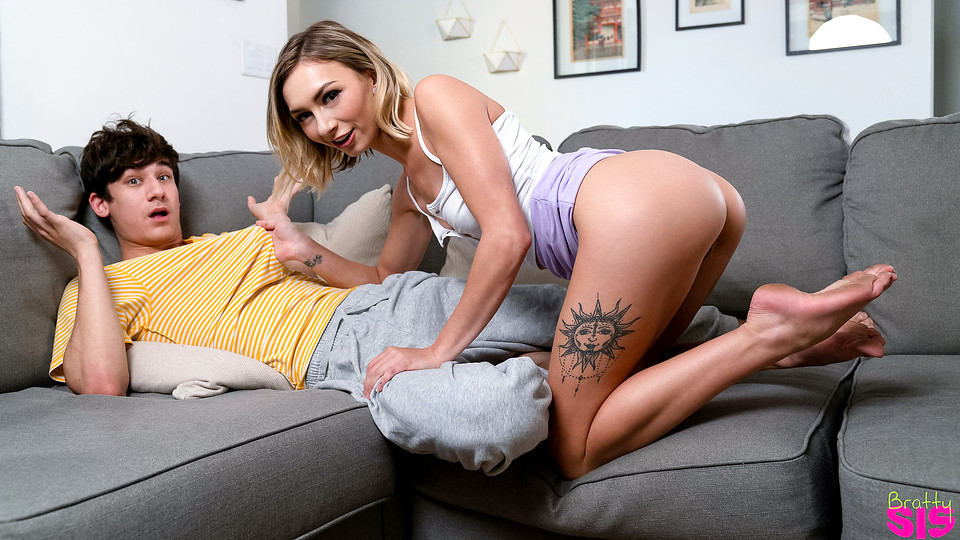 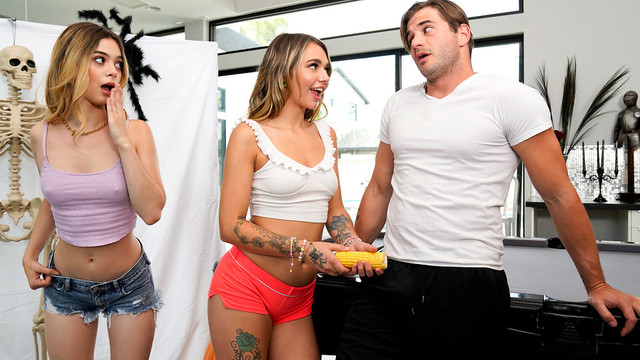